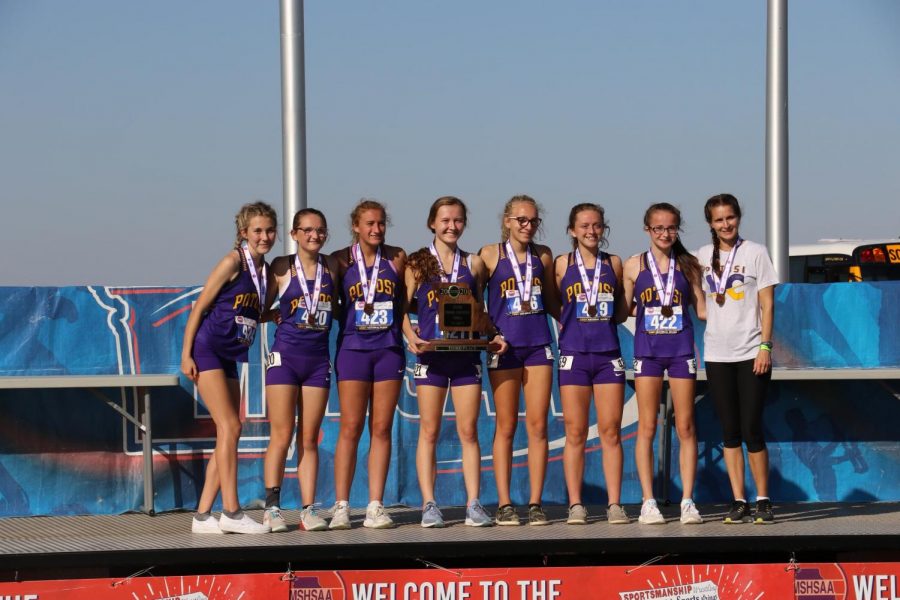 On Thursday, November 5th, the cross country team traveled to Gans Creek Columbia to compete in state. Even with all the strict rules and guidelines, most of the team was allowed to go and cheer on their remaining teammates.

Freshman Ezekiel Sisk and senior Will Jarvis were the only boy runners that qualified. Even though they did not place, they finished their season with a strong performance. Jarvis said, ¨It didn’t go exactly as planned but I’m glad that I got the opportunity to run at state. Now that cross country season has come to an end, I plan on getting ready for the upcoming track season.¨

Celeste Sansegraw was the only all state runner this year. ¨I knew that I had to get top 25 so I took off at the end and ended up finishing 21st. It feels really amazing looking back and seeing what was accomplished.¨

Senior Hallie Portell stated, ¨Since day one, Kaydence and I both said it was our goal to make it to state as a team.¨ They not only fulfilled their goal by going to state, but ended up medaling! The girls dominated the course, placing third overall. This is the first time the girls cross country team has placed in state in 26 years. All the girls agreed that they were really proud of their performance and are excited they did it together as a team.

Coach Politte was very proud of her team, stating, ¨I felt they all performed amazing! They reached their goals and then some. They represented their families, team, school, and themselves incredibly and should be very proud of their accomplishments.¨  Coach Politte would like to remind  her runners that, ¨hard work, determination, genuine camaraderie, and positive attitudes pay off in the end. I appreciate the work ethic of the team and the good people they truly are. I am so proud of them all!¨